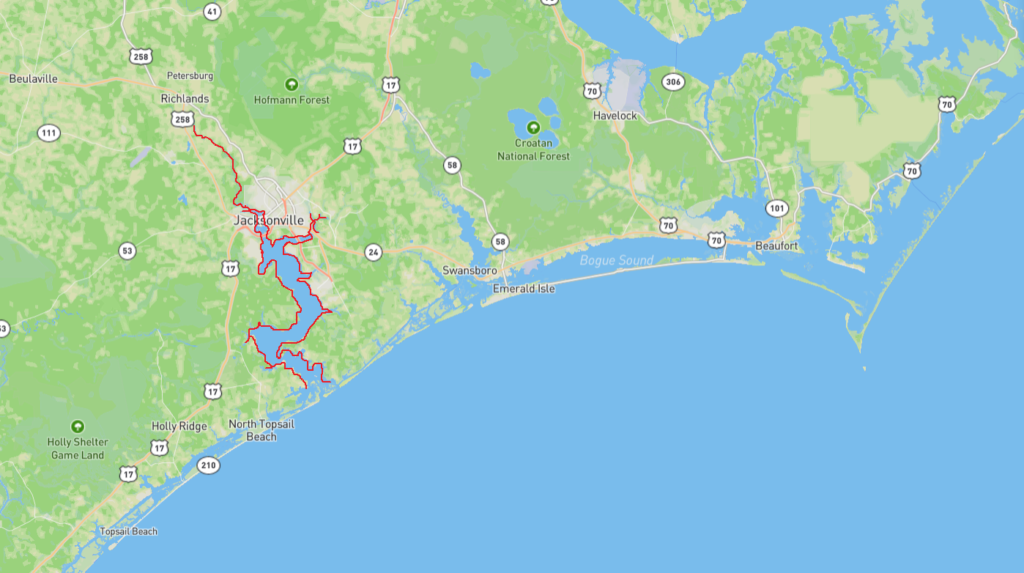 The New River is a 50-mile long river in southeastern North Carolina in the United States. It empties into the Atlantic Ocean. The river has been plagued in more recent years by pollution by solid waste. It rises in northwestern Onslow County and flows east-southeast past Jacksonville, where it widens into a tidal estuary approximately two miles (3.2 km) wide. As an estuary it meanders through Marine Corps Base Camp Lejeune and enters the Atlantic in Onslow Bay, via the New River Inlet between two barrier islands. The Atlantic Intracoastal Waterway crosses the entrance of the river between the coast and the barrier island. This river runs through many ecotypes such as saltwater marsh, hardwood swamp and pine forest. 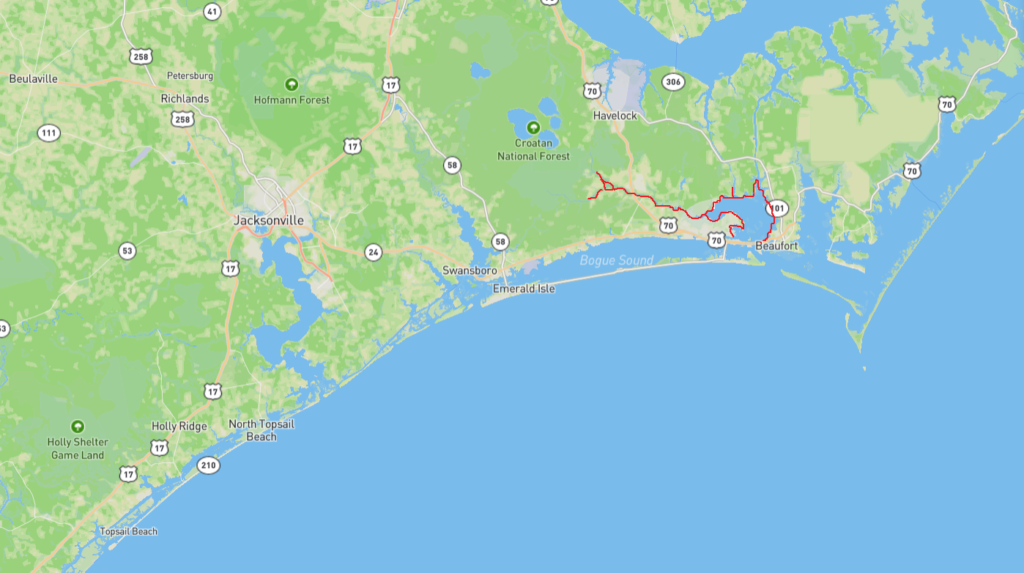 The Newport River runs approximately 12 miles southeast through the town of Newport. Its mouth opens into Bogue Sound, between Morehead City and Beaufort. This river runs through many ecotypes such as saltwater marsh, hardwood swamp and pine forest. 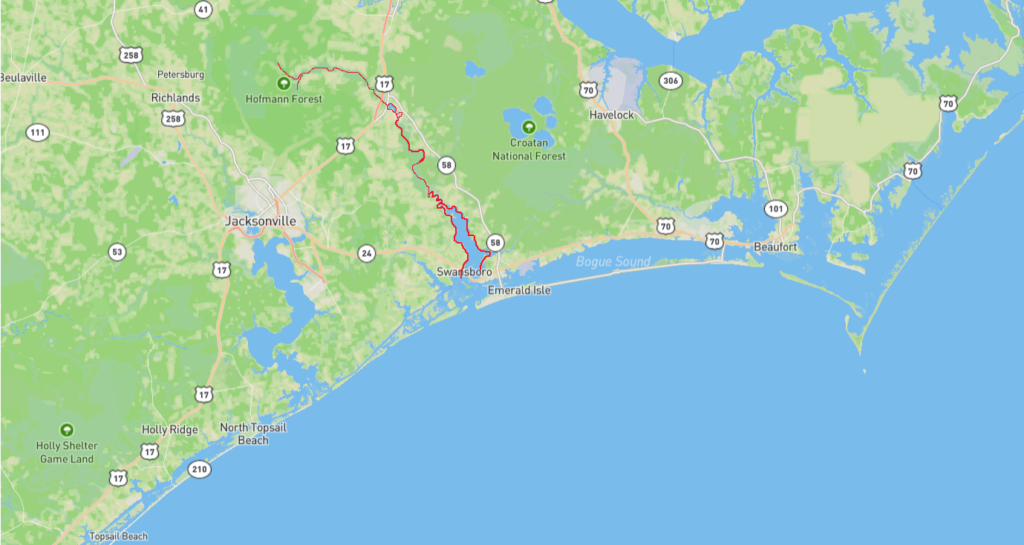 The White Oak River is a blackwater river that is approximately 48 miles long. It rises in the White Oak Pocosin in northern Onslow County and southern Jones County approximately 15 miles north of Jacksonville. It also forms the western boundary of the Croatan National Forest. The lower 10 miles or so of the river is a tidal estuary. Its waters enter the Atlantic at Bogue Sound.  It then flows between two barrier islands (Bogue Banks and Bear Island) through Bogue Inlet into the open Atlantic at Onslow Bay. This river runs through many ecotypes such as saltwater marsh, hardwood swamp and pine forest.

The North River is approximately 18 miles long and enters the Atlantic Ocean at the Albemarle Sound.