British explorers described inlets containing islands as sounds, and bodies of water not fully open to the ocean. There is one theory that stems from the exploration days, that when a sailor or sailors come home on their large vessels after stormy, treacherous voyages, it was good to be safe and “sound”. 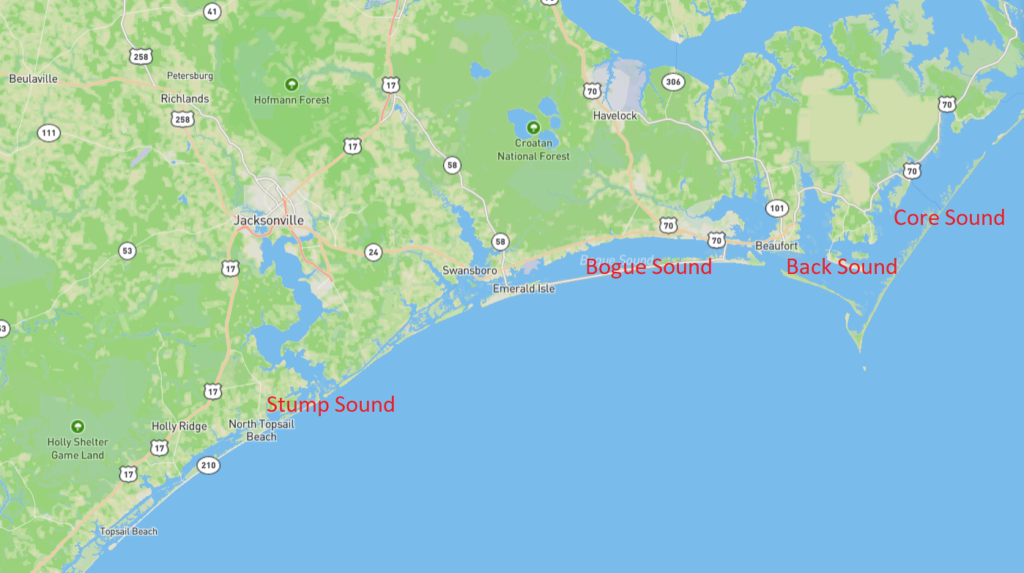 Back Sound is a small saltwater sound connecting Core and Bogue Sounds. It is 8.5 miles long and up to 2 miles wide. It is shallow and calm and is protected from wind and currents by the Shackleford Banks to the south.

Bogue Sound is a body of water running along the crystal coast from the Back Sound to the western Bogue inlet. It is 25 miles long and up to 3 miles wide. It contains shallow and calm water with slow-moving currents. It is bordered by the barrier islands to the south and the North Carolina mainland to the north. Its close proximity to many major North Carolina beaches makes it very popular with vacationers.