World Rivers Day is a celebration of the world’s waterways!

It highlights the many values of our rivers, strives to increase public awareness, and encourages the improved stewardship of all rivers around the world. Rivers in virtually every country face an array of threats, and only through our active involvement can we ensure their health in the years ahead.

North Carolina has a number of beautiful rivers to celebrate during World Rivers Day. Explore everything our rivers have to offer.

Visit Black River
The Black River, a major tributary of the Cape Fear River, is one of the great natural wonders of North Carolina. This biodiverse, blackwater ecosystem is home to the oldest Bald cypress forest on the planet, the Three Sisters Swamp. When you kayak through this swampy maze home to alligators, snapping turtles, herons, and ibises, you are kayaking among the ancients: here you can see the 5th oldest-known tree in the world, aged at 2,626 years old. You can learn more about the Three Sisters with this short film.

Visit Cape Fear River
The Cape Fear is the only major river in the state to flow directly into the Atlantic Ocean, entering the ocean near Cape Fear, from which it takes its name. The Cape Fear estuary (35 miles of river between Wilmington and the ocean) is a primary nursery area for juvenile fish, crabs, and shrimp, and as such is vitally important to our economy. The Cape Fear River watershed is an incredibly rich and diverse ecosystem, home to a wide range of plant and animal life, including ancient cypress trees, alligators, otters, black bear, a large variety of birds, and a host of fish species. The Cape Fear River was listed as one of North America’s top 10 most endangered rivers in 2017 by American rivers, due to polluted runoff from hog and poultry Concentrated Animal Feeding Operations in the basin (the CFR basin is home to the highest density of CAFOs in the world).

Visit Neuse River
The Neuse River is the longest river in North Carolina — and, at its mouth, the widest river in the U.S. It travels through the hills of the Piedmont through the Coastal Plain on its way to meet the Pamlico Sound, part of the 2nd-largest estuary system in the U.S. and nursery to more than 90% of all commercial seafood species caught in the state. Along the way, it joins forces with the Eno, Little and Trent rivers.

Between urban parks on the banks of the Upper Neuse and the sandy beaches of its lower stretch, state parks and water-access areas, there are plenty of opportunities to hike, bike and paddle the Neuse and its tributaries. Highlights include the Falls Lake State Recreation Area at the Neuse River’s source, with 14 miles of trails, five swim beaches and multiple boating-access points; the geological rarity of Cliffs of the Neuse State Park near Goldsboro — a 100-foot canyon carved into the Coastal Plain; and class I-III rapids on the Eno River near the Eno River State Park.

Whether paddling, wading, cycling or just being surrounded by nature, the Neuse River is a destination worth exploring.

Visit South Fork River
The South Fork River begins at the confluence of the Henry Fork and Jacob Fork and merges with the Catawba River at Lake Wylie, near the NC-SC border in Gaston County. The river was historically home to many mills in Catawba, Lincoln, and Gaston Counties. Paddlers will find a great blue herons, osprey, bald eagles, and turtles. Parts of the South Fork include Class I and Class II rapids. You can paddle a scenic 5-mile stretch of the South Fork through Catawba Riverkeeper’s Half Day Guided Tours, offered Saturdays and Sundays in McAdenville, NC.

Visit Tar-Pamlico River
From its origins as a freshwater stream north of Roxboro to where it meets the salty Pamlico Sound, the Tar-Pamlico River is center to 2,500 miles of streams and rivers within the basin. The Tar’s Class III rapids at Rocky Mount mellow into the wide, brackish waters of the Pamlico before flowing into the 2nd-largest estuary system in the U.S. — the Albemarle-Pamlico estuarine system — and a nursery for more than 90% of all commercial seafood species caught in North Carolina.

Along the 180-mile trip, recreational opportunities abound. Visitors can hike along the Tar at Louisburg’s Joy LaRue Joyner Park; bike/hike through five city parks, including a raised walkway through wetlands, on Rocky Mount’s Tar River Trail or explore Greenville’s Greenway on the banks of the Tar. The river is also home to the Tar-Pamlico Water Trail: 200 miles of paddling, complete with screened-in platforms for multi-day paddles.

Whether it’s a leisurely stroll along the Washington waterfront or a weekend of striped-bass fishing on the Pungo, the Tar-Pamlico provides on-the-water adventures for everyone.

Visit Waccamaw River
This beautiful blackwater river serpents through extensive hardwood swamps and is considered a hot spot of biodiversity given its rich plant and animal life, many of which is found nowhere else on earth. In 2012, the Waccamaw River Blue Trail was designated a keystone conservation and recreation project under the America’s Great Outdoors Program then subsequently 100 miles of the Waccamaw River became a federally designated National Water Trail, recognized as a national treasure that is vital to the health of natural and human communities in the Carolinas and beyond. Experience the Waccamaw River Blue Trail, over 140 miles from Lake Waccamaw in North Carolina to Winyah Bay in South Carolina.

Visit White Oak River
The White Oak River flows for about 50 miles through Carteret, Onslow, and Jones Counties in Eastern NC. It borders the Croatan National Forest, the only true coastal national forest in the eastern United States. Its headwaters lie in untouched swampland and it empties into the Bogue Sound. Because of this, the White Oak River provides diverse habitats, from hardwood forests to tidal estuaries. Many rare and threatened species find refuge here including carnivorous plants, sea turtles, and red-cockaded woodpeckers. Near the mouth of the River, you’ll find Hammocks Beach State Park, including undeveloped islands of maritime forests. The River draws kayakers, canoeists, and recreational and commercial fishers. For a truly unique journey from inland to coast, give the White Oak River a visit!

Visit Yadkin River
The Yadkin River is home to the Yadkin River State Trail (YRST) Blueway, is a 163-mile state designated paddle trail through the Foothills and Piedmont region of North Carolina. The paddle trail has 16 access points on the free-flowing river and crosses four man-made lakes before forming the Pee Dee at the Yadkin’s confluence with the Uwharrie River. The YRST flows through the Uwharrie National Forest, two state parks (Pilot Mountain and Morrow Mountain) and numerous prehistoric Native American fish weirs and other historical sites crucial to our nation’s history. These sites include the Trading Ford between modern day Rowan and Davidson County, where native peoples met to trade goods for 10,000 years and where George Washington crossed the River on his “Southern Tour” at the end of his presidency. That was the same location where several years before, General Nathanael Greene had crossed the River in advance of General Cornwallis’s British troops, who had to cross the river nearly 50 miles upstream at the Shallow Ford due to rising water levels, allowing Green and his troops to fight another day. Today the River and its tributaries provide drinking water for nearly 1 million North Carolinans and unlimited recreational opportunities for boating, paddling, fishing, hunting and other water sports 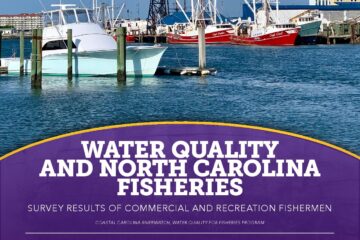 Coastal Carolina Riverwatch launched the Water Quality for Fisheries program in early 2021. This project addresses water quality improvement through several collaborative objectives being developed in partnership with fisheries communities. The purpose of the Water Read more… 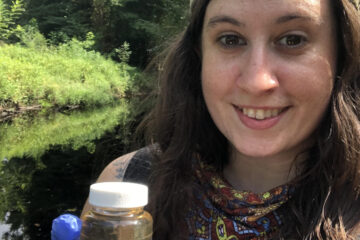 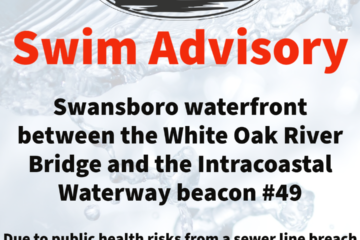