Shackleford Landing is currently requesting rezoning to build 400 units of varying sizes, including a hotel and commercial spaces. This massive development is being proposed along Gibbs Creek, an estuarine tributary of the North River.

You can take action by making your own public comment. The Town of Beaufort is accepting written comments on the rezoning for Shackleford Landing through 5 pm on October 15th. Emails may be sent to Town Planner, Samantha Burdick, at s.burdick@beaufortnc.org for the Beaufort Planning Board to review. You can use the flyer below and our public comment letter for talking points.

Coastal Carolina Riverwatch extends our greatest thanks to the residents of Beaufort who organized on this issue and continue to advocate for our waterways. 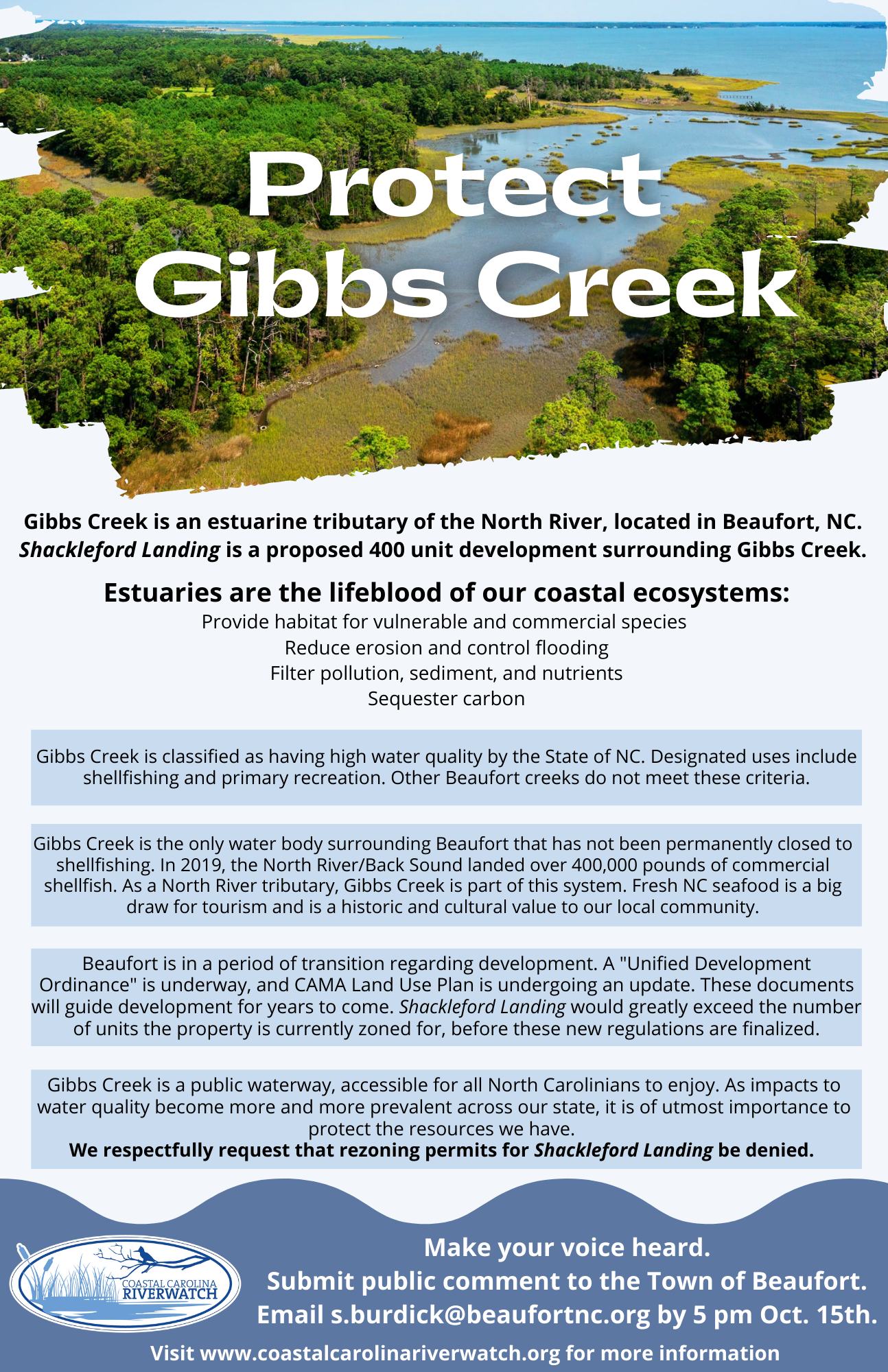 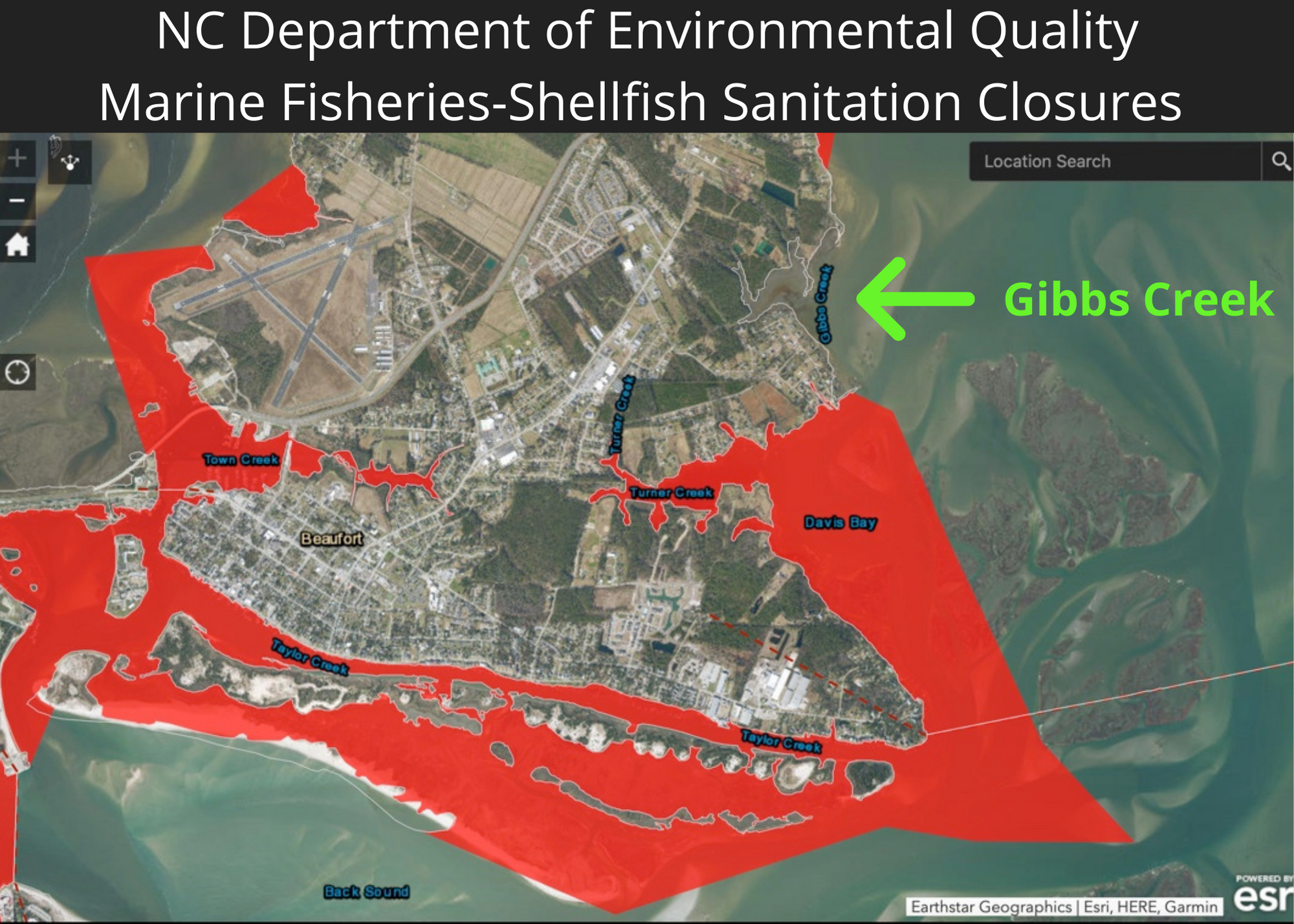 According to NC Division of Marine Fisheries’ Shellfish Sanitation closure maps, Gibbs Creek is the only waterbody adjacent to Beaufort in which shellfishing has not been permanently closed. Because of this pristine water quality, Gibbs Creek serves as an important component of commercial fisheries supported by the North River. 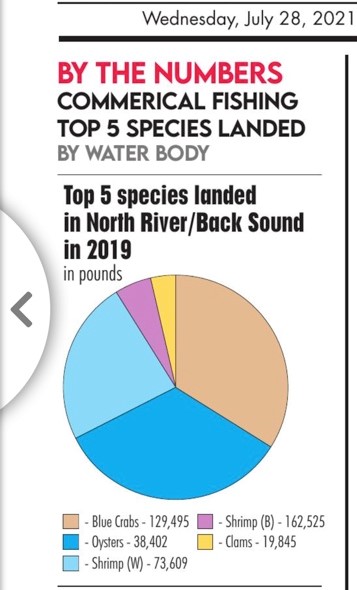 According to the July 28th issue of Carteret-News Times, in 2019 the North River/Back Sound waterways landed 423,876 pounds of combined blue crab, oysters, clams, and shrimp. As an estuarine tributary to the North River, Gibbs Creek provides vital nursery, habitat, and food sources for commercial species.

Make your voice heard on biogas; urge NC Department of Environmental Quality to protect our water, air, and communities. Use the resources below to help draft comments, and contact us with any questions: RebeccaD@coastalcarolinariverwatch.org Public Read more…

Gibbs Creek Update and Comments to Planning Board