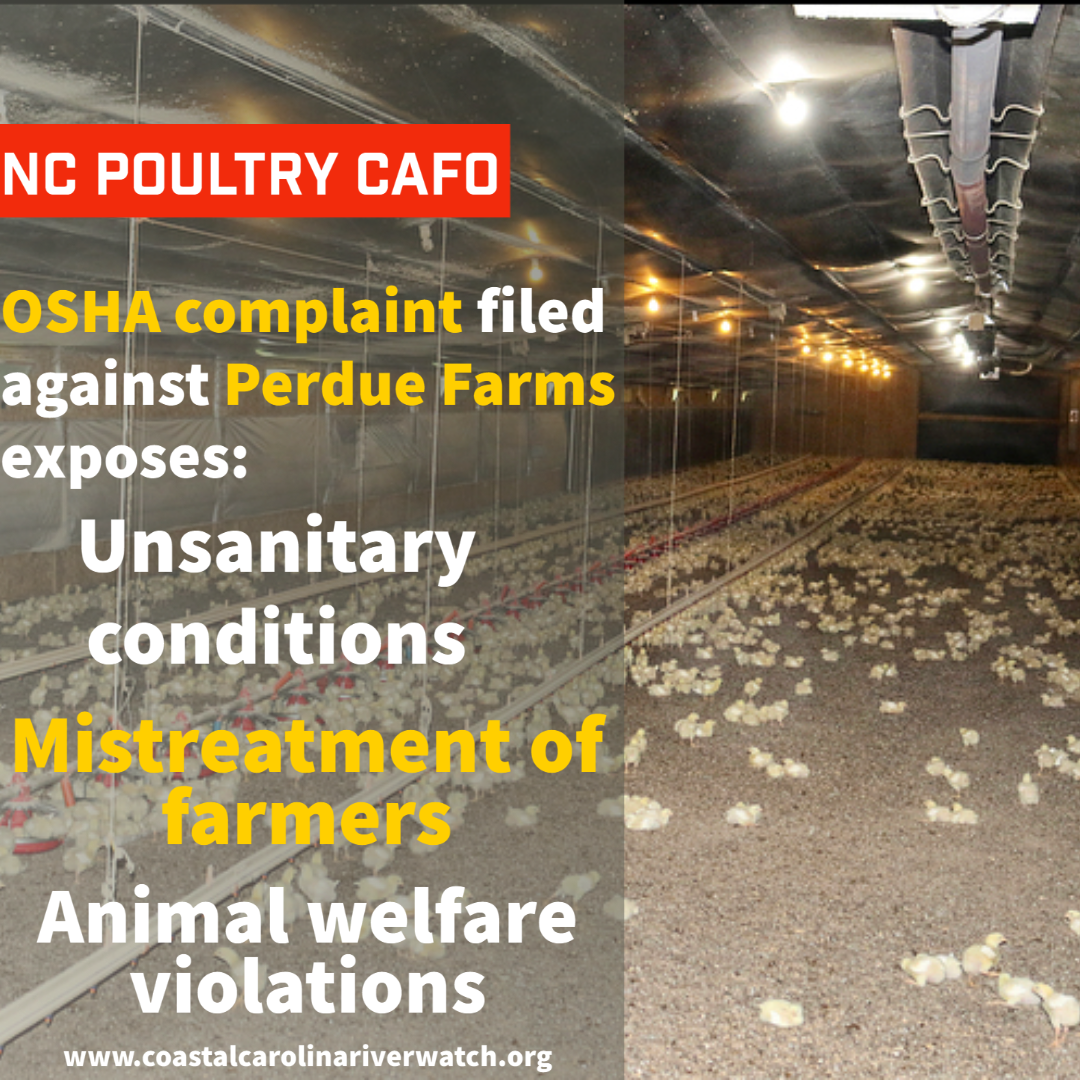 Fed up with Perdue Farms failure to respond to safety concerns, an NC poultry grower, Rudy Howell, reached out to Larry Baldwin (Crystal Coast Waterkeeper). In an effort to share his story, Howell invited Larry and several other advocates to visit his chicken barns numerous times. In response to this transparency, Perdue retaliated by terminating Howell’s contract without proper warning or reasoning. An OSHA complaint has been filed for review. This serves to further expose the industry’s blatant disregard for environmental justice, animal welfare, and even their own workers.

“In my time spent with the Complainant at his farm, it was obvious that he just wants to do the right thing, and has had issues with the manner in which he, and the birds, were being treated unfairly by Perdue Farms.  I congratulate and admire Mr. Howell for standing up to the industry.  It is hoped that by shedding some light on this industry, we will see some changes made in the near future.”  -Larry Baldwin, Crystal Coast Waterkeeper

The Guardian- “Corporate control is a curse for farmers like Rudy Howell who are burdened with debt and have no alternative buyers.”